Lack of Proficiency and work ethics in Knowledge workers

In a competitive and ambitious world such as ours, knowledge workers play a crucial role in overall development and societal progression. As wisely put forth by the Greek philosopher Socrates, ‘Knowledge is Virtue’ and every human being is bound to embrace even the minutest spark of knowledge which comes their way.

Firstly, it is important to understand that the term ‘knowledge’ as most people think, is not just limited to the so called ‘Bookish knowledge’. According to a theory in cognitive science, knowledge has been divided into four major categories largely based upon the taxonomy of learning outcomes. These four categories include:

Difference between an Ordinary worker and a Knowledge worker

Secondly, proceeding to the term ‘Knowledge worker’, it is initially important to understand the difference between an ordinary worker and a knowledge worker.  The key difference here is the level of skill and mental usage involved in the tasks performed by both these workers. While a knowledge/professional worker tends to use his/her skills and mind to perform a task, an average worker on the other hand prefers to work on jobs which require the least amount of thinking. The job of an ordinary worker thus becomes overly monotonous and makes least usage of his/her mental potential. Knowledge workers on the other hand are known to ‘think for a living’. In the past however, the possession of industrial skills was a necessity for the growth of an economy. However, in the current digital age, there is found to be a full blown demand for skill workers instead.

While knowledge may be a necessity both for an average worker as well as a knowledge worker, the use of knowledge may vary between these two sectors. Knowledge helps in building the foundation of an organization. Employment rules have seen a major change over the years where the demand for skilled laborors has outgrown the demand for manual laborers.

In the corporate world however, not all forms of knowledge may prove useful, rather the knowledge which may significantly contribute to the growth of an organization may be of great advantage. In fact, the key skill which almost every employer hunts for is the skill of problem solving and strategic thinking. Hence, the likelihood of an averagely educated but highly skilled individual bagging a hi-tech corporate job may be far greater than a highly educated individual with tones of bookish knowledge but no skill.

Role of Knowledge workers in a professional setting

The problem of Downsizing

Downsizing is a popular term which emphasizes the fact that a company has a surplus of Knowledge workers. This in turn results in most of these skilled and smart workers to be turned down by the company and explicitly told to leave, the primary reason being that most companies tend to associate smaller groups with increased profits. However, in their futile attempt to increase the overall profit, many companies end up losing a large number of valuable employees. This drastic measure may not only impact a company’s growth but also prove dreadful to an individual’s future and financial status. This is just one of the reasons why smart individuals sometimes end up jobless.

Although highly skilled and competitive, knowledge workers sometimes seem to lack basic work ethics. This may undoubtedly result in the organization highlighting their lack of professionalism and in turn considering them as more of a liability rather than an asset.

One of the primary reasons of negative work ethics happens to be procrastination, which most often arises from low self esteem and a fear of failure. This happens when a person questions his/her ability to perform the task at hand with the expected level of perfection. Hence, procrastination has been classified to be more of a behavioral problem which is chiefly a result of an individual’s mindset. The most prominent characteristic of such an individual would be his/her habit of pushing out the priority work and piling it up until it is due.

Poor Teamwork and a failure to assume responsibility

Unity and teamwork are two main characteristics which signify the proficiency of an individual. Teamwork is a skill which sometimes requires sacrifice. An individual may sometimes be required to cover for his/her colleague during their illness/vacation period. Although knowledge workers may be highly skilled and ambitious, a person who is overly short tempered, lacks emotional understanding and ability to work in a team is most often than not considered as a liability by the company despite his/her professional skills.

There are certain cases wherein an individual is neither proactive nor willing to think beyond his/her paycheck. Although such individuals do not display the qualities of a typical knowledge worker, they may in fact possess the knowledge required for a company’s growth. However, they may choose to keep their skills dormant either due to a feeling of monotony resulting in a lack of interest or due to a carefree and easy going attitude. This has the company recognizing the individual as an average worker rather than a knowledge worker which may undoubtedly affect his/her career growth.

Every individual whether married or single, experienced or fresher needs to have a healthy work-life balance wherein he/she spends an equal amount of time at workplace and at home. There are however certain instances wherein individuals may compromise either of these two.

This may cause havoc either in the person’s personal life or professional life. Bringing personal matters into the workplace decreases efficiency to a large extent and takes a toll on a knowledge worker’s career growth. Similarly, carrying work-related anxiety and stress back home may have a similar impact on an individual’s family life.

How Knowledge workers can transform their weakness into strength

High demands and work pressure may directly contribute to stress. In such cases, a face to face conversation with a manager may help sort out the issues at hand. Maintaining a healthy relationship with the higher authorities acts as a gateway to smoother discussions and comfortable communication. Being diligent and hard working, most knowledge workers are often good communicators who are easily approachable. Having a private conversation with a manager and discussing their possible weaknesses may undoubtedly help in boosting confidence and eventually their performance. During their discussions, knowledge workers may learn various techniques which can help them become more organized individuals in the long run.

Passion is directly proportional to Proficiency

Lack of passion for the job at hand is one of the major reasons for a knowledge worker to become an average worker. With a degree in hand and being absolutely clueless about his/her goals and dreams, it is common to see quite a large number of skilled individuals displaying a lack of interest towards the job with the passage of time. This in turn affects the individual’s performance and reflects him/her to be a person who lacks drive although he/she may possess skills which may help improve the company’s productivity. In such cases, it is always advisable for an individual to move on to a job where he/she can show off their skills and put in their best. After all, it is not only important to keep the company happy but also to keep yourself happy!

Hence, it is indeed evident that knowledge workers can both be considered both as an asset and a liability by a company. It is therefore important to understand that ‘smart workers’ cannot be called ‘smart’ only because of the ‘knowledge’ they possess, but rather from the ‘intellectual smartness’ that he/she tends to possess. 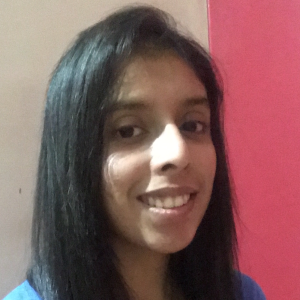 Top 10 Secrets to becoming a Billionaire